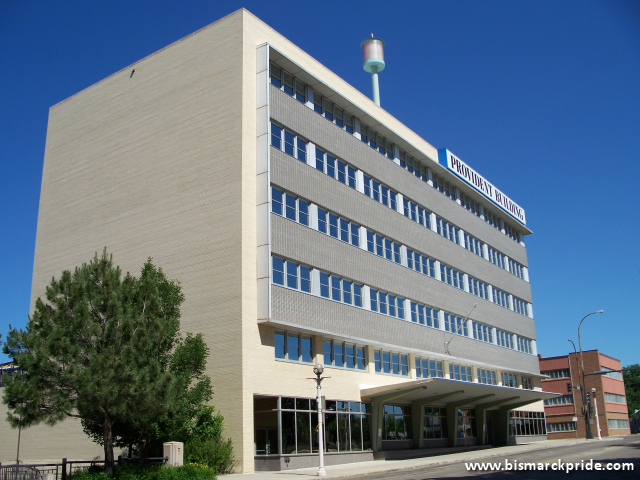 The Provident Building is a building located in downtown Bismarck best known for the 60-foot tall weather beacon attached to the roof, which uses a simple color-coding system to represent the weather forecast of the upcoming twelve hours.

The landmark weather beacon was original to the building, and operated continuously until 1999, when the aging beacon was in desperate need of repair. The beacon took on more damage from a 2001 hail storm. In 2002, the Burleigh County Commission authorized funds to restore the weather beacon, at a total cost of $61,000. Cook Sign Company, the original manufacturer of the beacon, supervised its restoration. Throughout the beacon’s entire history, the beacon has been operated by KFYR.

Even today, most area residents remember the catchy poem created to educate the codes of the weather beacon: