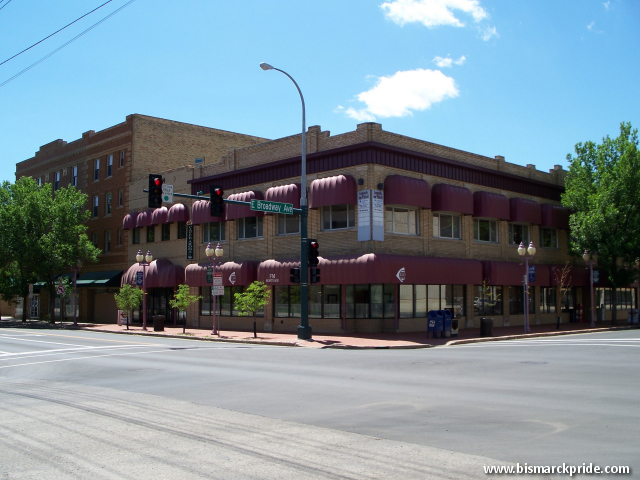 The Logan Grocery Building, today known as “Logan’s on 3rd,” is a historic building on the southwest corner of Broadway and 3rd Avenue in downtown Bismarck. The building was constructed in 1917 and, among other tenants, housed Logan’s Grocery until 1941.

The Logan Building was gutted by fire in 1984, at which time it was fully renovated. The $1.75 million renovation was completed in July 1986.

Austin Logan established Logan’s Grocery in 1877. With only $200 in his pocket, Logan had arrived in Bismarck from Connecticut a year earlier, at the age of 21. Logan built a new store on the same site in 1881. Logan’s son, Roy, bought the business from his father in 1915 and constructed the present-day Logan Building in 1917, where it remained until closing in 1941.