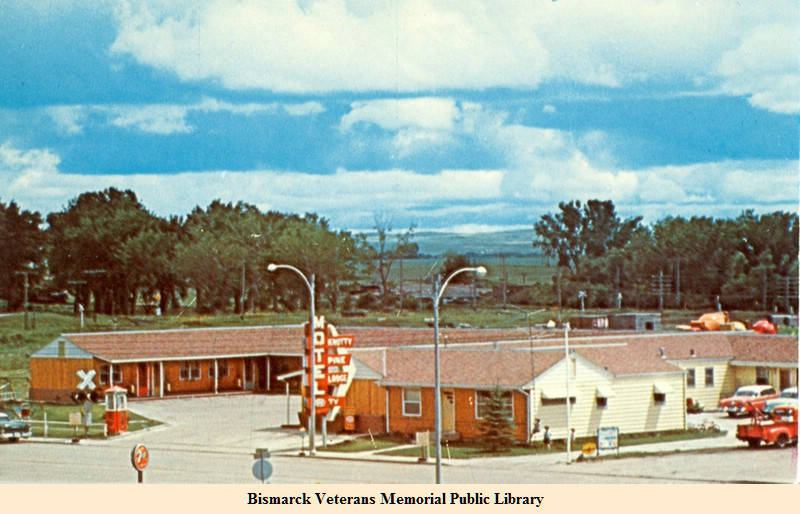 Knotty Pine Motel was a 22-unit lodging facility located at 2413 E Main Avenue. It operated from the 1950s until May 12, 1985, when it was destroyed by fire. The fire was deemed to have been caused from electrical arcing between a neon sign and the aluminium siding. It had just been remodeled.

It is a common misconception that the Knotty Pine Motel was also the Bismarck Motor Hotel – a structurally-similar motel that operated immediately next door. Ironically, that hotel was also destroyed by fire, more recently, in 2011, but was rebuilt and re-opened on the same site in 2013.