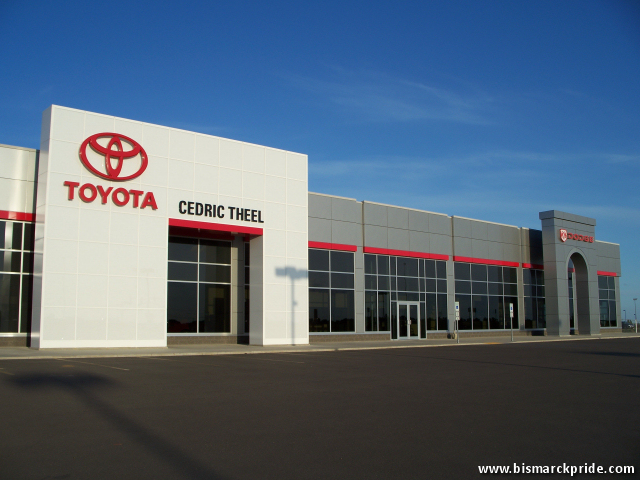 Cedric Theel is a local Toyota dealership that originated as a Dodge dealership in 1985. It was originally located near the Liberty Memorial Bridge on Memorial Highway before relocating in 2008 to its current facility in northeastern Bismarck.

Theel added the Toyota franchise in 1992 and also carried Toyota’s now-defunct Scion brand until its 2016 discontinuation. Theel lost its Dodge franchise during the Auto Crisis of 2009, which only accounted for about one-quarter of the dealership’s total sales. Corwin-Churchill Motors (now Eide Chrysler) picked up the Dodge franchise soonafter.