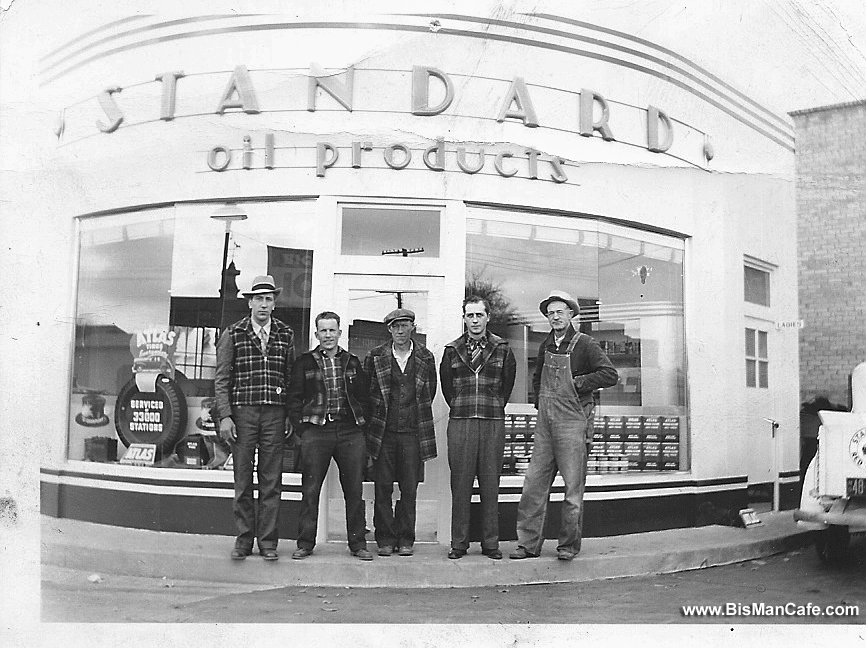 Nils Lovin’s sons (Oscar-center and Carl to his right) stand in front of a Standard Oil they constructed.

Among the most noted buildings constructed by the Lovins were Saint Mary’s Church, the Wards Building, most regional Standard Oil stations, and many buildings at Fort Lincoln (now UTTC).

Back To: Lovin Brothers in front of Standard Oil Station