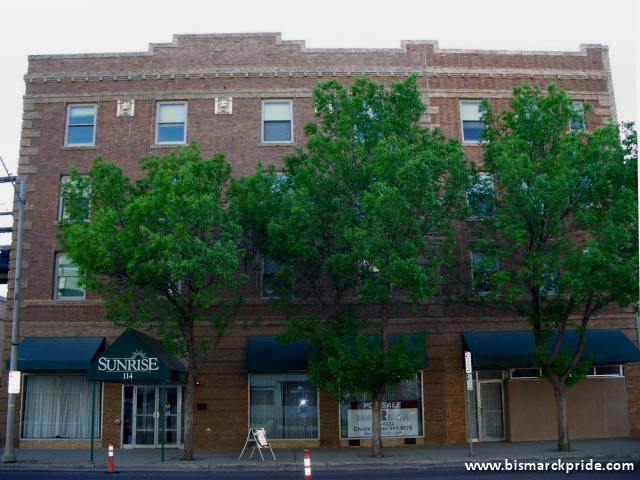 Built in 1916 as the Van Horn Hotel, named for the building’s architect – local resident Arthur Van Horn, who is perhaps best known for designing the Belle Mehus Auditorium and State Penitentiary. Hotel was originally financed and owned by Edmond Hughes, and later owned by Neil Churchill, who renamed it Prince Hotel. The hotel would once again be renamed Kensington Hotel prior to closing in the 1970s. The building now houses apartments.
Housed within the hotel was the Blue Blazer Lounge.