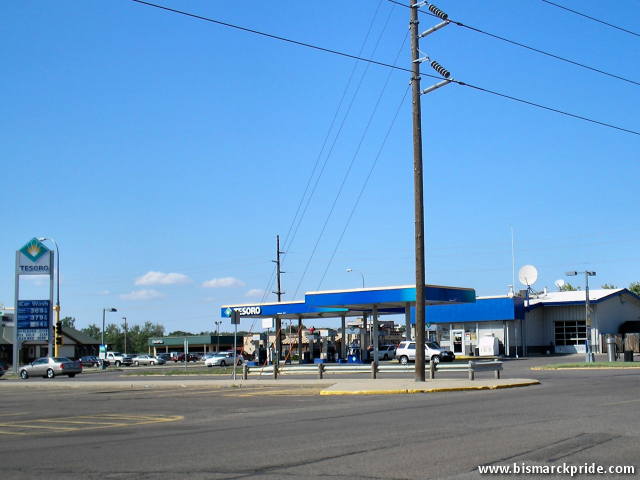 Located just northwest of Kirkwood Mall, this service station originally housed an Amoco Standard Service Station, which later became Tesoro. Along with its neighbor, Los Amigos, the station shuttered and was immediately demolished in 2008 to make way for a brand-new CVS/pharmacy store. It was one of only two remaining full-service stations in Bismarck (Arrowhead Tesoro being the other).