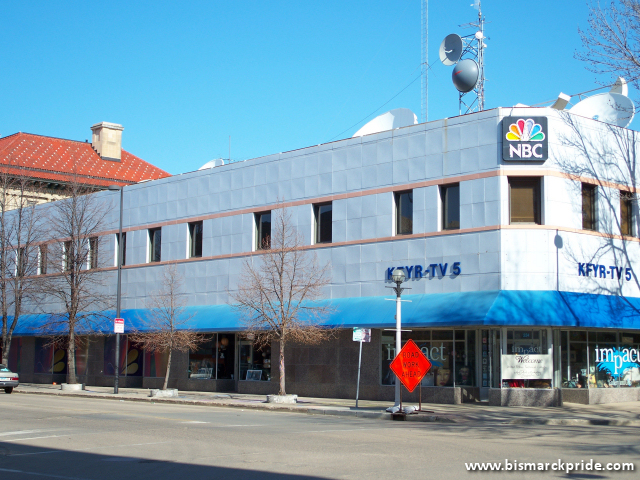 Building housing KFYR TV Studios in 2009, originally known as the “Tribune Block” and then the “Hoskins Block”.

KFYR-TV’s home is technically comprised of 3 buildings, with 2 of them disguised to appear as one. In 1949, the building completed a $300,000 renovation, adding the granite and blue-gray porcelain panels still evident today.