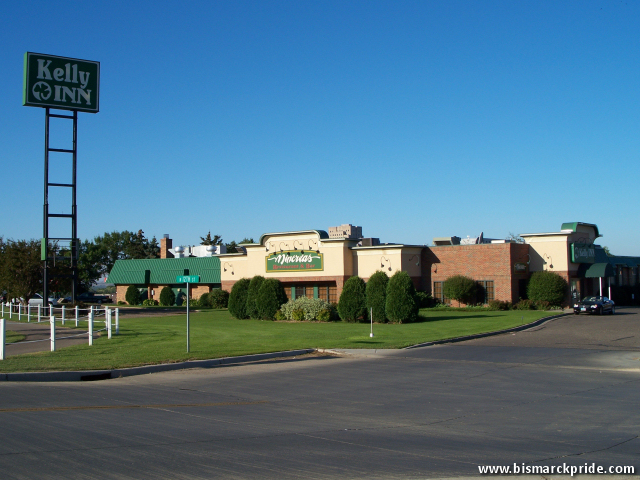 Opened in 1970 as the Town House Hotel, this hotel is now part of the regional chain Kelly Inn. The hotel was foreclosed on in 1988, one of several regional hotels receiving foreclosures in the late 1980s amidst a flooded market.

Minerva’s Restaurant, a separate entity, was housed within the facility until its closure in 2016.