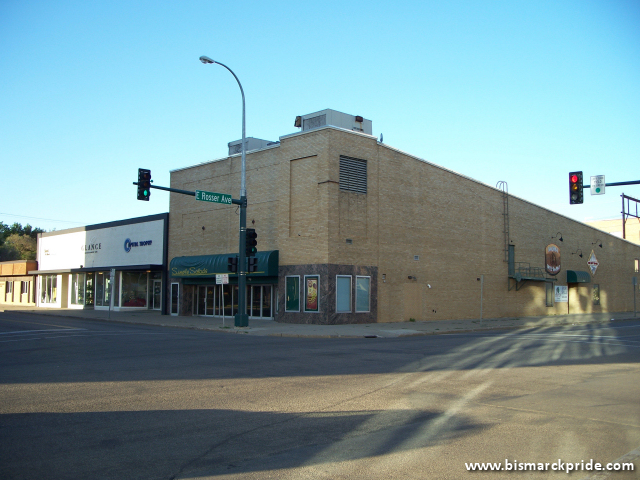 Building in foreground was once home to Dakota Theater. More recently, it housed Boneshaker Coffee and Simply Salads. The window displays where the theater would showcase movie posters are still present. Building next to it once housed Ace Hardware.

The Theater open in October 1951 as a single-screen, and later was converted into two screens in 1975. The Theater closed in 1994.

It was announced in October 2010 that a developer plans to purchase the property and replace the building with a 3-story office complex for American Bank Center.