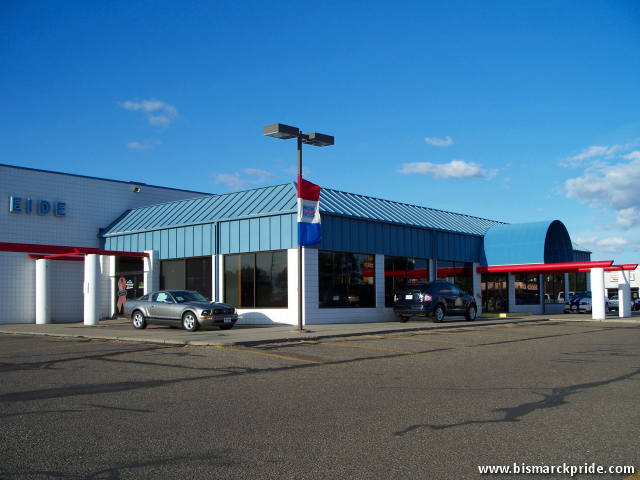 Located on Bismarck Expressway, Eide Ford has been in business many years. It is one of two Ford dealerships in the region. It also offers the Lincoln lineup and, up until recently, Mercury.