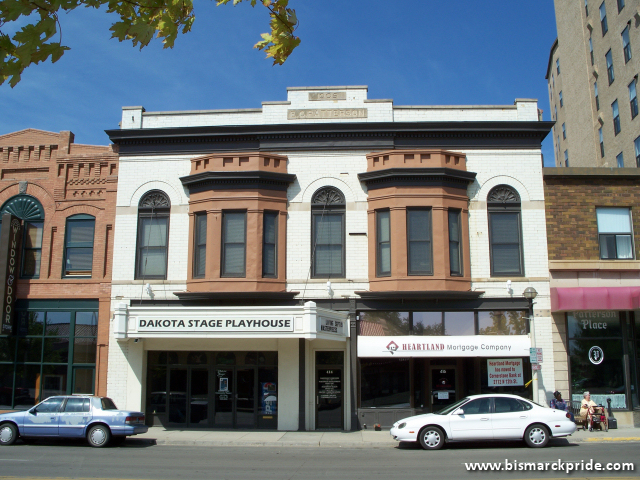 Built in 1905 by Edward Patterson, this building housed Capitol Theater (later Cinema Theater) for several decades. I believe it was the first movie theater in Bismarck. Today it’s home to Dakota Stage Playhouse. It is adjacent to the historic and famous Patterson Hotel (built in 1910). The original nameplate is still clearly visible at the top center of the building. It reads “1905: E.G. Patterson”.

Edward Patterson was one of Bismarck’s most influential citizens. He and his chief rival Edmond Hughes were the main developers of early downtown Bismarck. He owned several hotels, including the Soo and McKenzie/Patterson Hotels. Mr. Patterson was a close friend to political boss Alexander McKenzie, and he also served as mayor from 1896-1900.