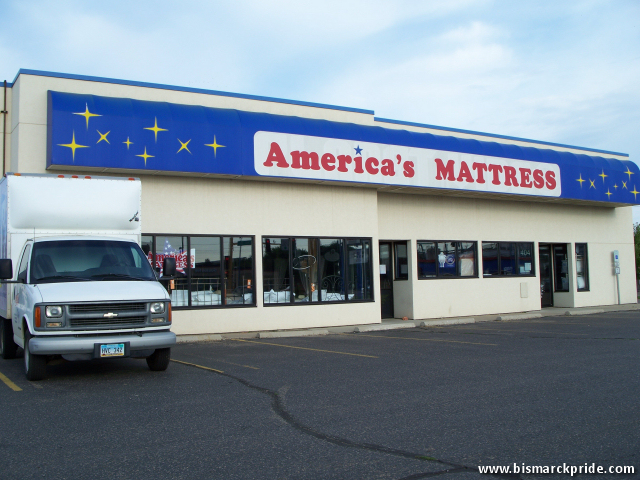 Constructed in 2001 to house Hollywood Nites Video (later known as Planet Video) – whose originally building was destroyed by an electrical fire caused by the store’s sign. For many years, it was home to America’s Mattress. Today it’s home to Plains Commerce Bank.