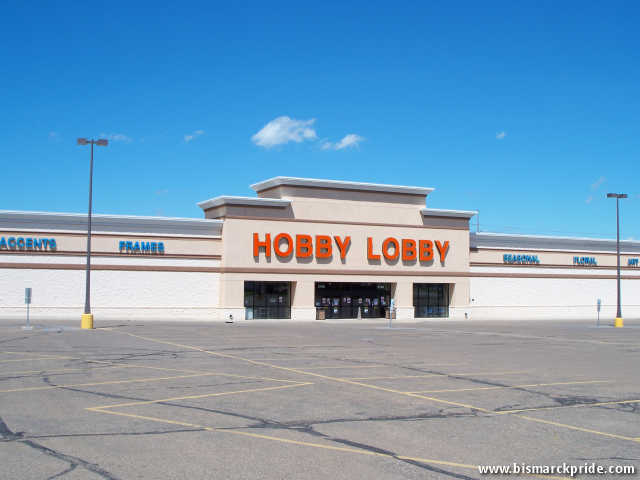 The building received a major facelift upon Hobby Lobby’s arrival, unlike the Hobby Lobby store in Fargo, which was opened inside a former Kmart store and still very much resembles a Kmart.

Back To: Hobby Lobby Store