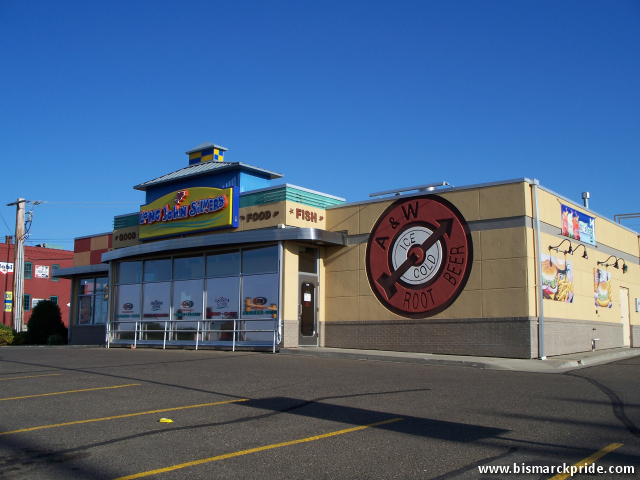 A combo hybrid drive-through consisting of A&W All-American Food & Long John Silver’s. When originally built in 1997, it was designed to mimmick the classic A&W drive-ins, complete with carhops. As of 2009, the carports still remained, however were no longer used. The restaurant did feature drive-through service.

The restaurant changed formats in February 2010, rebranding itself as “Reza’s Pitch”, which is a soccer-themed casual dining restaurant featuring such items as burgers and beer.

A classic A&W Drive-in was once located on Memorial Highway, however closed in the early 1990s. There had been several prior attempts to return the name to Bismarck prior to this location, including a small concession stand at Kirkwood Mall and a location at Cenex on Divide.