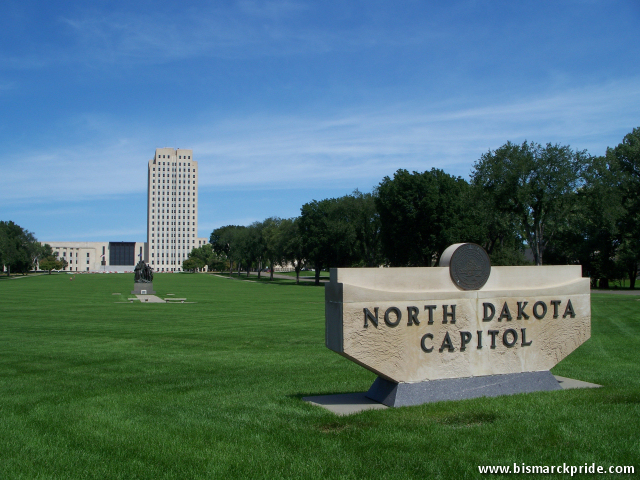 On November 2, North Dakota celebrates 125 years of statehood. On that date in 1889, North Dakota officially entered the union as the 39th state, along with its southern neighbor, who entered as the 40th state.

Upon entering statehood, Bismarck assumed its role as capital of the new state… a role that it earned in 1883 after the capital of Dakota Territory was relocated from Yankton in present-day South Dakota. The capital was relocated in large part due to efforts taken by Alexander McKenzie, a prominent local political boss.

The original Capitol burned to the ground on December 28, 1930 – only weeks before the legislature was to assemble and in the midst of the Great Depression. The fire was triggered by spontaneous combustion from a pile of turpentine- and varnish-soaked rags used in preparation of the upcoming legislative assembly.

Construction of a replacement Capitol building commenced within months of the original’s destruction and, when completed in 1934, towered the capital as the state’s tallest building… a distinction it still holds today.

The current 19-story Capitol building’s art deco skyscraper design was chosen in large part due to economics in the midst of America’s worst economic depression.

Learn more about Bismarck History and its role in North Dakota’s own history.