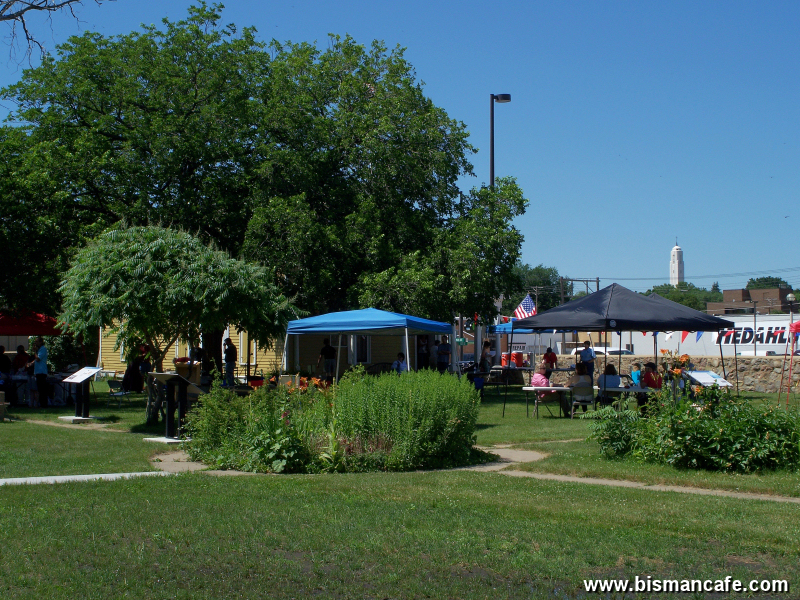 A dedication ceremony was held today at Camp Hancock for the completion of a restoration project over the vintage 1909 Northern Pacific Locomotive, which included the erection of a protective shelter. The event included various entertainment and the historic Bread of Life Church and museum were also open to the public.