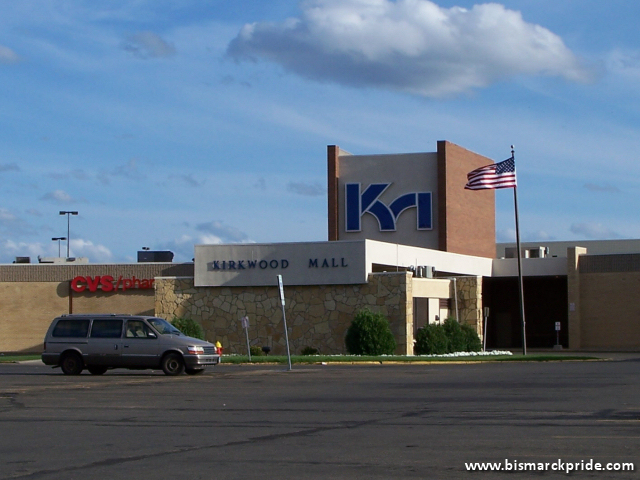 Kirkwood Mall has been put up for sale, at a listed market value of $57.8 million, according to this Bismarck Tribune article. MetLife Insurance has owned the region’s largest shopping center since 1987.

Kirkwood Plaza, as it was originally known, was developed by cousins Paul and James Wachter. It had been a decades-long dream, specifically of Paul Wachter.

The anchor housing Woolworth’s was the first part of the shopping center completed, opening in November 1970. Kirkwood Plaza officially opened in April 1971, followed by a Grand Opening ceremony the following month with Robert Kirkwood, the mall’s namesake, in attendance.

Kirkwood originally consisted of 39 tenants, including 3 anchor stores: Woolworth’s, Herberger’s, and Montgomery Wards. In 1977, Kirkwood began the construction of a southern wing that saw the addition of 2 new anchors – Target and J.C. Penney – when completed in 1980. The center has undergone 2 notable renovations since, in 1985 and 2002.

According the Bismarck Tribune article, Kirkwood Plaza was sold to Prudential Insurance in 1981; however, some sources indicate that the Wachters sold the center in 1984 for $40 million.