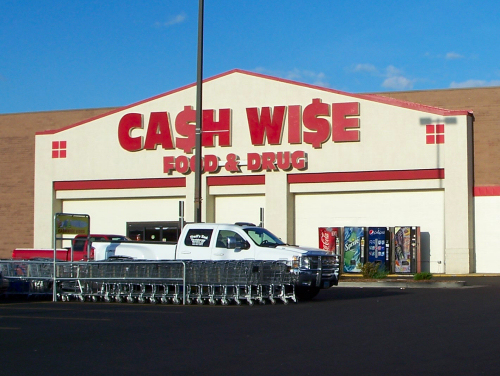 Rumors of a second Cash Wise location have long circulated, from replacing Kmart to a store in Mandan. Up until now, these rumors have proven to be just that.

The store will be located at the intersection of Ottawa Street and 43rd Avenue, just west of Highway 83 and near the new Ace Hardware store.

It will feature a gas station and car wash, along with a Caribou Coffee drive-through.

The original Bismarck store originated as Holiday Plus Warehouse, which was the grocery division of Holiday Companies. It held a soft opening on July 7, 1982 and grand opening July 21. The store added 17,000 square feet to its original 40,000 just the following year.

In or around 1990, Coborn’s purchased the local store and re-branded it “Cash Wise.” From 1994-1996, the store temporarily reverted back to Holiday Companies, as SuperFair Foods. It resumed operations as Cash Wise in 1996.