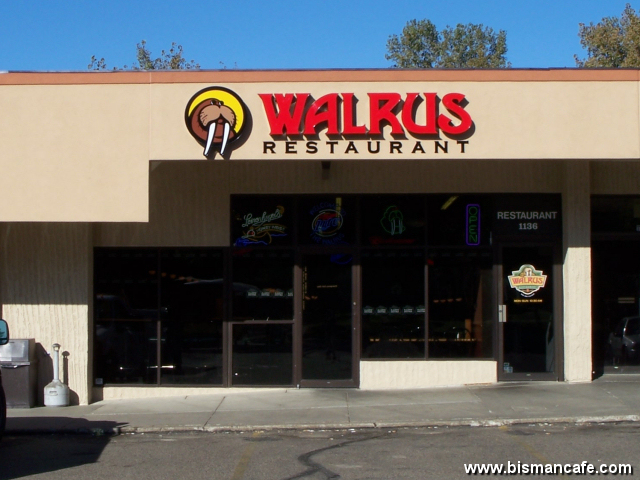 The Walrus Restaurant at Arrowhead Plaza

The Walrus is a local restaurant that Randal “Wally” Walz opened in 1995 at Arrowhead Shopping Plaza. The Walrus is primarily known as an Italian restaurant, however serves a wide-range of items including burgers, steaks, and seafood. The restaurant’s new owners have recently added Thai, Indian and Southwestern cuisines to its menu.

The former head chef of the Walrus opened DiDonna’s Restaurant in 2004. In 2009, the Walrus underwent new ownership, purchased by an existing employee.

The space that now occupies The Walrus held various other prior tenants, including Gizzmoz Pizzeria & Video for a short time just before The Walrus.

Walrus founder, Randal Walz, had come to Bismarck in 1992 as the manager of the city’s first Applebee’s.