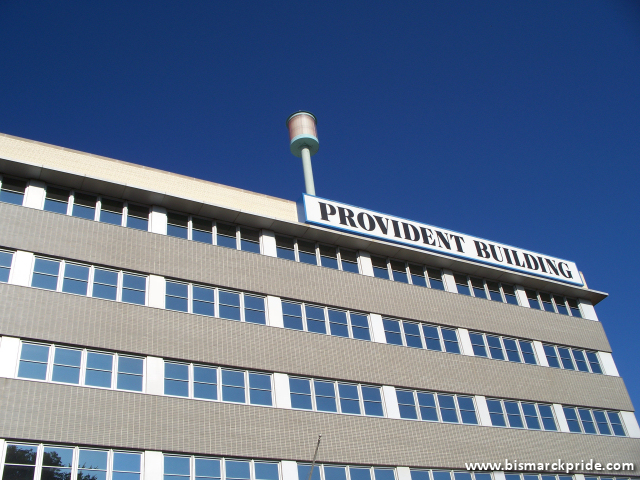 The Provident Building, located at the corner of 5th Street & Rosser Avenue, is mostly known for the 60-foot tall weather beacon attached to the top of the building, which uses a simple color-coding system to represent the weather forecast of the upcoming twelve hours.

The building was built in 1954 as the headquarters for Provident Life Insurance, which was once the largest privately owned business in North Dakota. Provident Life merged with USLICO in 1982.

Will School was originally housed on the site.

Back To: Provident Life Insurance Building