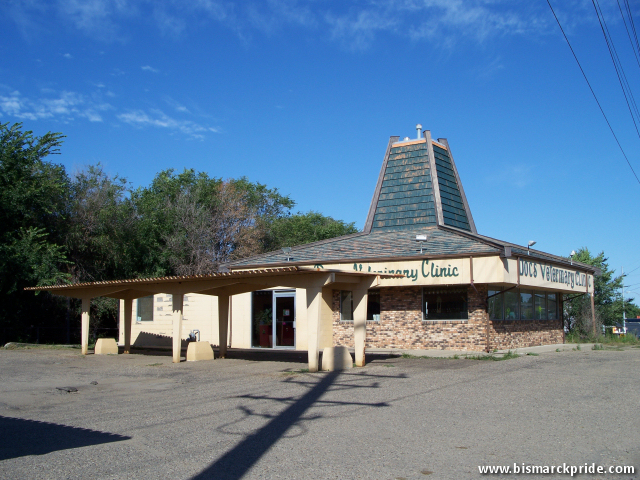 This building housed an A&W Drive-in Restaurant for many years before closing in the early 1990s. Today it houses a veterinary clinic, however its appearance remains largely unchanged – even still bearing the carhop ports. Following its closure, there had been many attempts to return the A&W name to Bismarck before a permanent location opened at the corner of 3rd Street & Front Avenue in 1997, which is now home to Reza’s Pitch Restaurant. A second location was planned on State Street, and a building was even built, however it now houses a Wendy’s instead.

Prior to that, Kirkwood Mall had a small concession stand with the A&W name, and Cenex on Divide also once housed an A&W Restaurant. Evidence of the former A&W Restaurant at the Cenex is still clearly visible, as it has not been altered since its closure.

Related Blog: Memorial Highway’s Ghostly Reminders of What Once Was