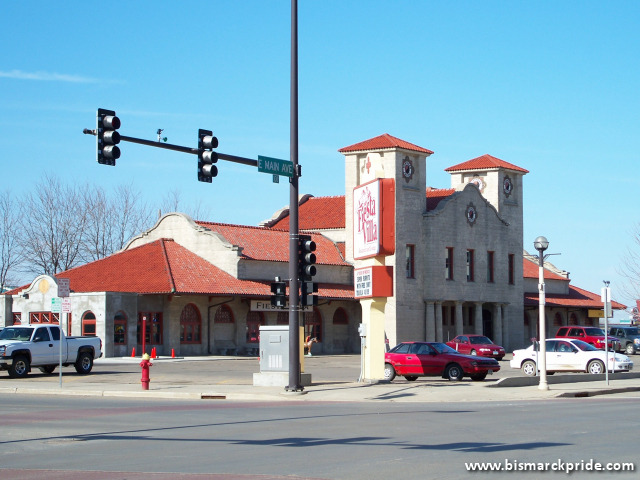 Built in 1900 by the Northern Pacific Railroad to replace the original train depot, destroyed by the 1898 Fire. Today, the building is home to Fiesta Villa Mexican Restaurant. The original Northern Pacific logos are still visible on the building's exterior. Downtown Bismarck is a registered historic district that held strong importance to the initial growth and success of the Bismarck area. Bismarck’s downtown is roughly located between Washington Street & 7th Street; and Rosser Avenue and Main Avenue.

Bismarck’s historic train depot was completed in 1901 at a cost of $33,601 – a replacement for the original depot, which was destroyed in the 1898 Fire. The building has undergone several additions and alterations throughout its existence, particularly in 1930 and 1954-1955. Design Unique to the region, the depot sports Spanish Mission Revival architecture, designed […]