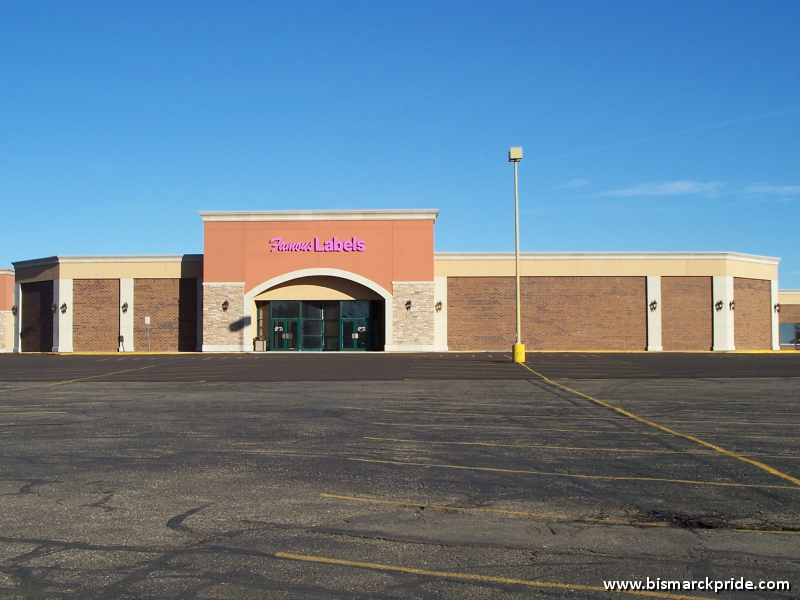 Famous Labels is expected to open within a few weeks at Gateway Fashion Mall in Bismarck, replacing Conlin’s Furniture, which relocated in December 2009.

This anchor space was originally home to long-time local department store A.W. Lucas, which closed shortly after relocating to Gateway Mall – to be replaced immediately by Herberger’s, which too left in 1994 upon expanding its Kirkwood Mall location. For a short time after, it was occupied by Jacob’s Trading Company and World’s Greatest Deals – both clearance-style stores similar to a Big Lots. Conlin’s occupied the space from 2004-2009.

Back To: Famous Labels at Gateway Fashion Mall