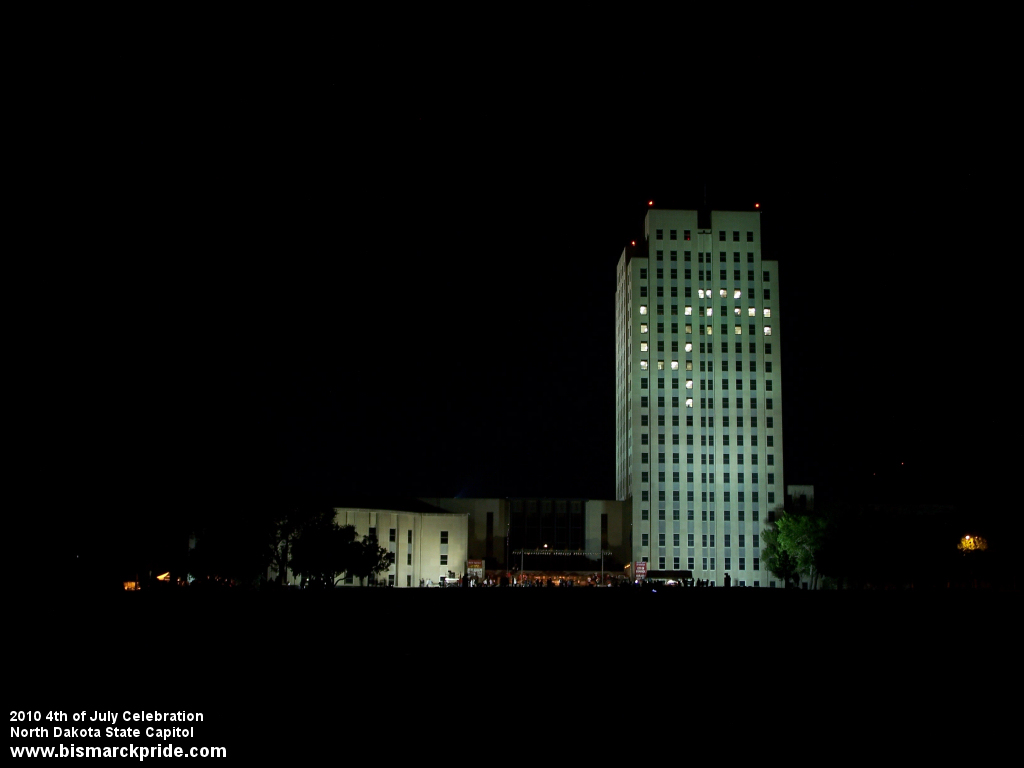 4th of July Celebration at North Dakota State Capitol on July 4, 2010. As usual, the windows of the capitol proudly support the holiday by spelling “4th”