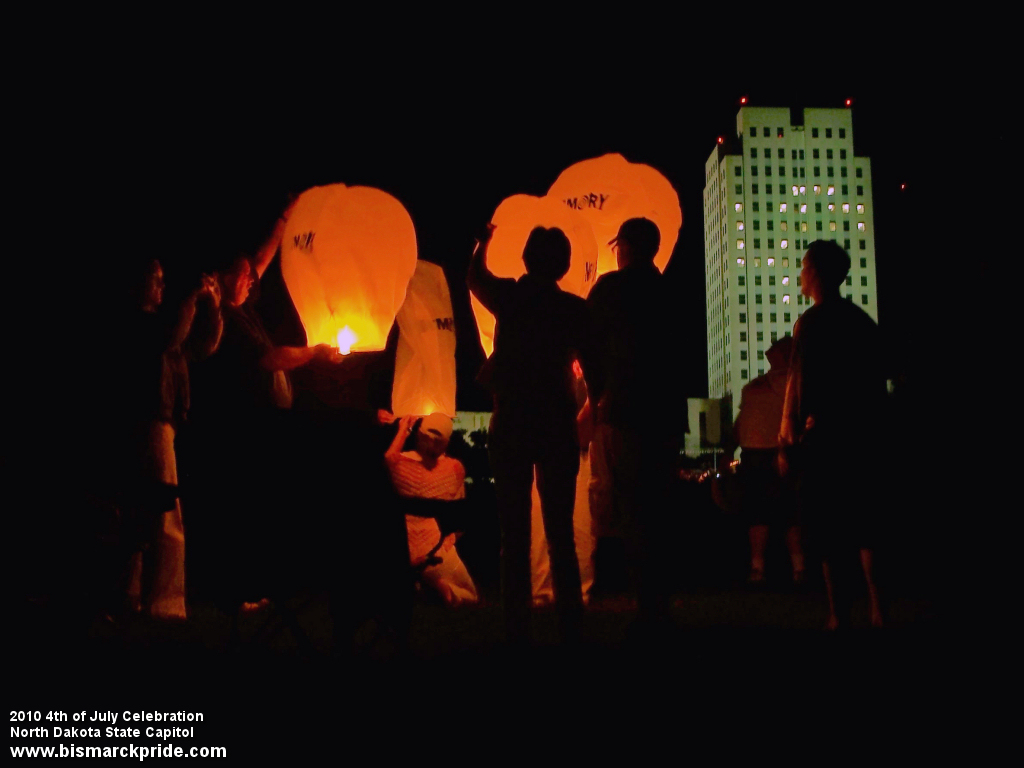 A group sets off Memory Lanterns at the conclusion of the annual North Dakota State Capitol Fireworks Show. The lanterns are set off in memory of a loved one, specifically those serving in the military, at or around 11:00pm on the 4th of July.

The lanterns were first introduced by regional fireworks dealer Memory Fireworks in 2005. Beginning in 2009, Memory Fireworks began donating $1 to the North Dakota National Guard for each balloon sold.

As usual, the windows of the capitol proudly support the holiday by spelling “4th”. Windows of the North Dakota Capitol are also known for sporting a Christmas Tree during the holiday season and the digits of the upcoming year for New Year’s.