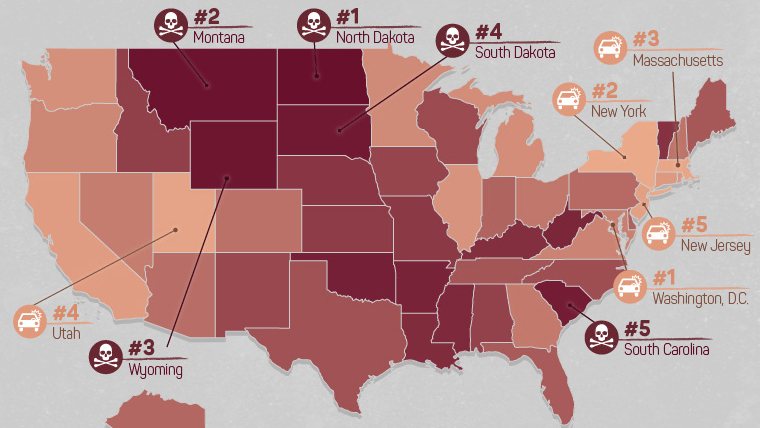 A national study conducted by the Auto Insurance Institute ranks the top causes of fatal crashes for each state, with North Dakota leading the nation in one specific category… drunk driving.

Despite the state’s high rank in specific categories, another similar study by the Institute actually ranked North Dakota about average in safe roads, with Burleigh County ranking as one of the state’s safest counties. Counties in and around the Bakken region were among the state’s most dangerous.

Overall, Mississippi was ranked as the nation’s most dangerous roads, with Massachusetts ranking the safest.

See how North Dakota ranked in other categories and read the full report here.