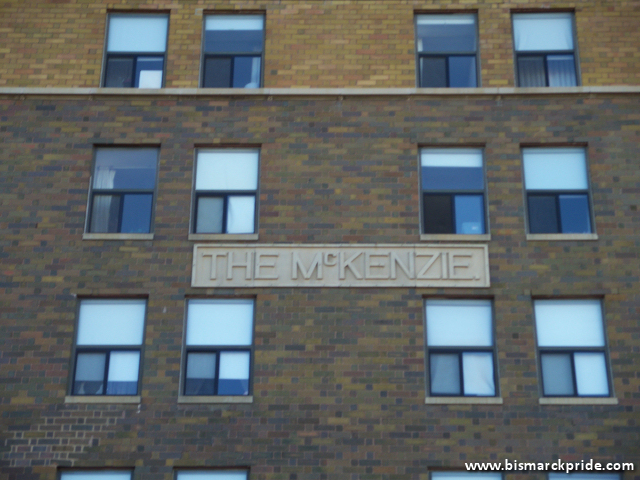 Despite still being known by the “Patterson” name, the original “The McKenzie” nameplates are visible on the building’s exterior.

Opened New Year’s Day, 1911 as the McKenzie Hotel and renamed Patterson in 1927, the building is well-known for its continued construction that lasted nearly 30 years, ultimately growing from its initial 7 stories to 10 stories. The Patterson Hotel was also known for its political connections, serving as headquarters for the Nonpartisan League.

The hotel closed in the mid 1970s, and the aging building was condemned in 1980, at which time it underwent major renovation. Today, the former hotel rooms now house Patterson Place Senior Apartments and the lobby houses Peacock Alley Bar & Grill.

Back To: Patterson Hotel / McKenzie Hotel