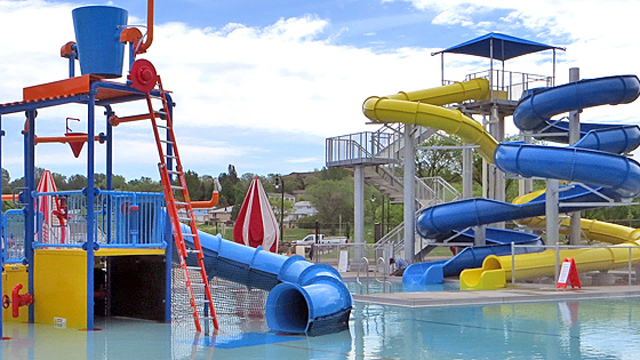 Renovations at Hillside Pool are complete and the pool re-opened yesterday. Constructed in 1953, the pool at Hillside Park had seen only slight changes over the decades. One addition, a water slide in the 1980s, was dismantled in 2008 due to safety concerns.

In addition to regular repairs and renovations, other improvements include two new water slides and a water play area. The building itself also underwent major renovations to include a year-round community room.

The renovations were part of a $3.5-$4.5 million project that includes other upgrades to the city’s park facilities.