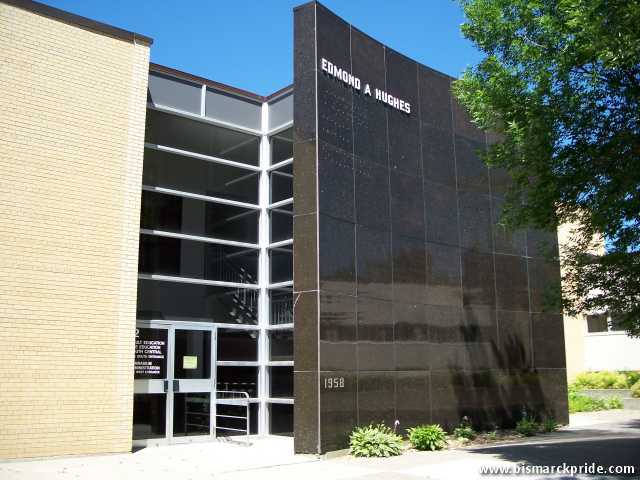 Bismarck is home to a diverse mix of educational institutions, including private and public. Numerous higher education offerings are available, most notably Bismarck State College, University of Mary, and United Tribes Technical College.

Bismarck schools have among the highest graduation and attendance rates in the country, in addition to being a leader in standardized testing scores.

The first Bismarck school was opened in 1873 by Linda Warfel Slaughter, with the first graduating class consisting of two students in 1887.

Bismarck Public Schools is the largest school district in the state, serving 12,861 students (as of 2016) and one of the region’s top employers, employing more than 2,100 people.

As of 2017, the district operated 16 elementary schools, 3 middle schools, 3 senior high schools, an alternative high school, and the Career Academy and Technical Center.

The current Bismarck High School building is the oldest facility within the school district, completed in 1935. The building has seen several expansions and renovations since, including major ones in 1986 and 1998. Bismarck High is currently the largest school in the district in terms of number of students, with nearly 1,500 students, and the state’s second-largest high school.

Bismarck High’s school colors are maroon and white, and the school has used the Demon mascot since 1922.

To meet the demands of the growing city, a new high school was completed in 1975.

The school takes its name from the fact that it was approved in 1972… Bismarck’s centennial year. Coincidentally, its completion also coincided with the nation’s upcoming bicentennial the following year, leading to the school adopting its mascot as the Patriot with its official patriotic colors of red, white, and blue.

South Central is the district’s alternative high school. In 2013, the school relocated into the former Riverside Elementary.

Bismarck has several options for post-secondary education and training. Established in 1939, Bismarck State College offers mostly 2-year degree programs. The college does offer one in-house 4-year program, and partners with state universities to offer other on campus programs.

The University of Mary is a private Catholic-based college offering both 2- and 4-year programs. It is the largest degree-granting institution in the region. The school was established as Mary College in 1947 and granted full university status in 1986.

1884 – North Ward School opens on the site now home to Will-Moore. It replaced the original two-room schoolhouse on the current site of the Provident Building. It served all grade levels until 1912.

1920 – The original Richholt Elementary opens, named for F.H. Richholt, who retired from the school board in 1917.

1967 – Wachter Junior High opens, named for the Wachter family who donated 10 acres of land for construction of the namesake junior high and Dorothy Moses Elementary.

1972 – Dorothy Moses Elementary opens, named for a longtime school board secretary who served under H.O. Saxvik.

1973 – Jeannette Myhre Elementary opens, named for a former teacher and principal who served the district from 1924-1966.

2017 – Bismarck voters overwhelmingly approve a $57.5 million bond to renovate and expand all three middle schools (Simle, Wachter, and Horizon), along with Bismarck and Century High Schools in March. The middle school projects are expected to complete by fall 2018, with all projects concluded by 2020.