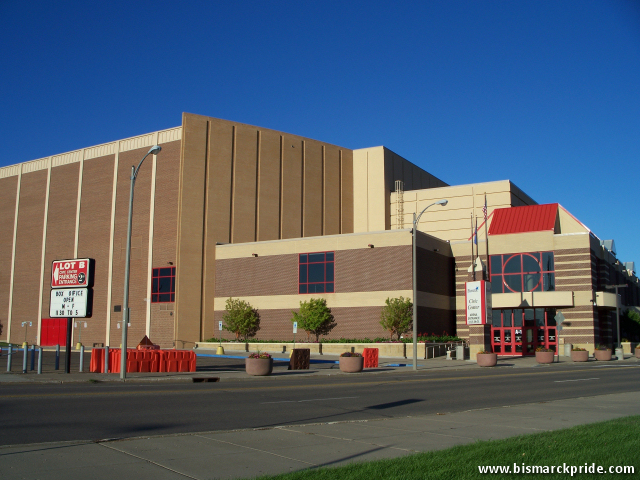 The Bismarck Tribune is reporting on a group of hotel owners that wants an expansion of the Bismarck Civic Center on the November ballot. The expansion would mostly focus on adding meeting and convention space, totaling 30,000-40,000 square feet. It would be paid for through an increase in the visitor’s tax; mainly on liquor and hotel reservations.

This is not the first time that we’ve heard mention of a Bismarck Civic Center expansion. In 2009, a three-phase expansion plan, totaling an estimated $26-$35 million, was being considered that would have also included a new 16-story Canad Inn hotel. That plan included a suggested 1% increase in the city’s sales tax, but was put on the back burner due to signs of the recession touching Bismarck at the time.

The current proposal would address what’s needed most in the region – meeting and convention space – and be paid for through a tax attached to the businesses that would see the most direct benefit rather than taxing citizens. For that reason, I believe this plan holds merit and should be given serious consideration.

The recent oil expo is a clear example of why additional convention space is needed. The event, which reportedly attracted 4,000 people, ran out of exhibitor space and might have attracted even more to the region had there been additional space.

The state is booming and Bismarck needs to stay up with times to be known as a preferred destination for conventions and meetings, or else another city will gladly take on that position.

The Civic Center was built in 1969 on land partially donated by the Wachter Family, who were in the early stages of developing the adjacent Kirkwood Mall at the time. The exhibit hall, located north of the arena, was added in 1993.

The last hotel built in Bismarck that included convention space was the Radisson Hotel in 1982, then known as Sheraton Galleria.